Majority of people I know of that are great with computers tend to be not so great at sports. In tender years of their youth they are usually picked up the last for all sorts of sports activities. I believe this actually helps their computer skills as they get to spend more time with computer. After all everybody likes doing what he is good at. I’ve noticed couple of distinct phases.

You do notice that you are a bit different. Other people might even call you out for being a geek or nerd. You deny it and fight it.

By now you acknowledge that you have a flaw. You try to compensate by doing “normal” stuff. In my case this included hiding/ignoring that I was interested in computers and alpha alcoholism instead of going to classes. I had a blast at high school and flunked a couple of years at college, but all in all I’ve sneaked trough.

By now it starts to look as being a geek is not such a bad thing after all. As it turns out market demand for computer experts is high and you are doing cool stuff at work for a good paycheck. You even start calling yourself a geek.

We have all sort of geeks: all around geeks, geeks with hats, your favorite geeks… and yours truly geek from Croatia. Deep inside you still don’t want to be a geek from the phase I.

This is why we have all this jockey names for stuff:

Looks like we are in effect overcompensating. It reminds me of this: 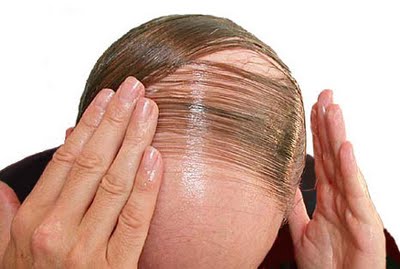 Where does this leaves us? I will stop calling myself a geek and if I ever contribute with anything I’ll give it a good honest name. Like Clojure or Ruby for example. No apologies, no warnings and no overcompensation.