A rather unfortunate series of events led me ending up in my basement with a task of cleaning it up. It was mildly put a mess, this photo was taken shortly after refactoring has begun. I was unable to even go inside and therefore forced to put half of the stuff in the hall. 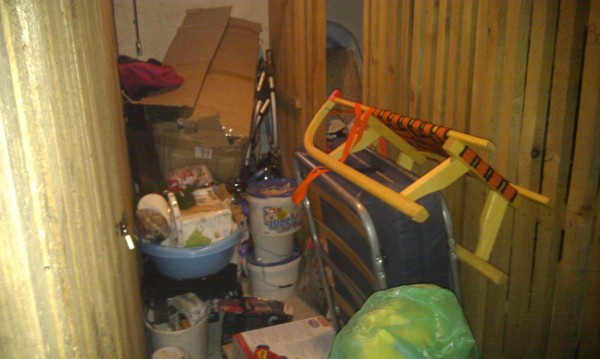 I was amazed at how little I knew about the content I’ve found. Even if I vaguely knew I had something I was unable to locate it. For lots of stuff I was just amazed that I even have it.

After all the hard work decorations were retrieved and the basement was better than before.

I guess refactoring has a lot more in common with cleaning a basement than I thought it would.