I wanted to test performance on a real world example so I opted for testing this expression:

First of all, hats down to my i5 for even giving me back the answer in reasonable time. It makes Sessa chessboard problem trivial.

This are the results(in seconds): 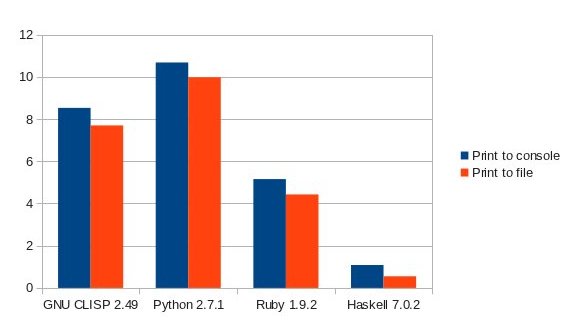 *I was unable to even import math lib needed for Clojure for the high-tech expt function… I was appalled with that so much that I’ve left it out of comparison.